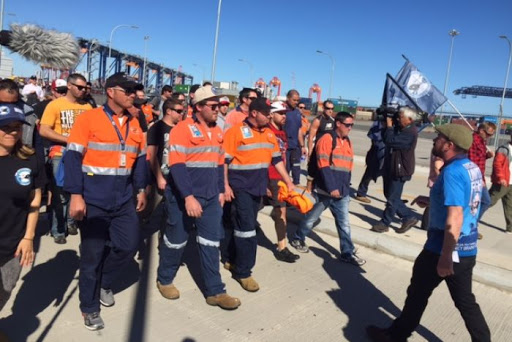 Update on COSCO and Industrial Action at Patrick Terminals

Further to our notice earlier today, we have received updates from COSCO that the port congestion and industrial action at Australian ports has significantly disrupted their South East Asia service network. Their vessels on this route have been delayed around Australian Coast for two to three weeks and they anticipate the situation to worsen further.

As a result, they have stopped accepting South bound bookings which are either loading or connecting ex South East Asia region until further notice.

Further to our update sent on Tuesday, we have been informed that additional adjustments were made to these planned actions. As per the latest news, below is what’s recently announced in addition to already planned action:

Friday 25th September, 9 pm to 6 am next morning

Saturday 26th September, 9 pm to 6 am next morning

Sunday 27th September, 9 pm to 6 am next morning

Nothing new since our last update.

These are challenging times indeed and we will do our best to keep you informed.