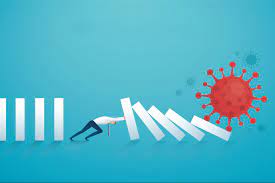 Global shipping is facing the worst crisis in decades

As the intermodal supply chain continues to deteriorate in the US, Class I rail operator Union Pacific (UP) has suspended all intermodal services from Chicago to the west coast ports (including the ports of Long Beach, Los Angeles, Oakland and Tacoma) for up to 7 days, effective Sunday 18th July 2021. The restriction aims to improve the fluidity and throughput, and to reduce the major congestion at its Chicago facility. Being the largest rail hub in the USA, Chicago’s rail networks have been experiencing significant congestion, with containers delay up to six and seven weeks.

In addition to UP’s embargo, other rail service providers have also taken remedial action. With  rising demand and a shortage of chassis, Norfolk Southern (NS) has decreased the number of domestic containers accepted on four busy routes and cut down emergency service on two dozen lanes. CSX has also dropped the number of reservation slots in Chicago.

Inland Trucking is facing similar challenges, congestion has resulted in the limited capacity and decline in shipping volumes. Major shipping lines have refused to quote and accept many to/from door shipments in the US due to the lack of trucking capability and congestion. Some carriers have suspended all services to/from the USA due to these operational constraints. USA pricing has continued to increase across all modes of transport, rising 11% according to CASS report.

As we are heading to the peak shipping season, increasing import volumes will further stress the infrastructure, hence, we are expecting more delays and restricted capacity. (Source – The Load Star)

Freight rates from China to Australia are escalating constantly due to the unprecedented demand for goods from this origin. Some recent surveys of carriers have reported that they are forecasting the price from China to Australia for a 40ft container will jump to USD 10,000 this year. Nevertheless, these high rates are not always supported by space availability. There is extremely limited space for cargo exporting out of China due to the high demand and equipment shortages, especially 40’HQ containers, where some carriers reporting they have no 40’HQ equipment at all.

The situation is similar with the airfreight market, flight schedules are disrupted, changed or cancelled last minute. Our overseas partner has advised that one airline has decided to omit the service between Eastern China to Australia for a month, which will further strain the already very limited capacity of air shipping.

Further to our previous update regarding general rate increases from Europe to Australia, shipping lines continue to inflate their prices for this route. Rates are changing regularly with monthly rate increases and peak season surcharges. Furthermore, space is extremely tight for both direct and tranship services. Indeed, there is no space available until mid-August for tranship options.

Over the last few months, the Maritime Union of Australia (MUA) has taken numerous protected industrial actions at Sydney, Melbourne, Brisbane and Fremantle terminals. This has negatively impacted the terminal operations at all these ports. The average delay at Patricks Sydney terminal has gone up to 6.3 days, and the delay with on-window vessels is 5.3 days and with off-window vessels is 6.6 days. Port of Melbourne, Brisbane and Fremantle are expected to experience significant delays in the following weeks as a result of multiple industrial actions that have been planned for the upcoming days.

We will keep you updated with any further information.